Mrs Beeton has been an interesting and challenging pick for May’s The Cookbook Guru. With many different versions out there in the marketplace the initial challenge was finding recipes that were authentic and true to the original essence of Mrs Beeton when she originally published her book.  The most popular versions we’ve used have been the 1907 version but there has also been some exploration of later versions which demonstrated just how much the publishers altered the manuscript to suit the market of the period of publishing.

Our other challenges included dealing with language differences, and with the other versions, big differences in how recipes were written compared to what we are used to in the 2000’s.  In spite of this, we’ve created some beautiful food that is as relevant and appealing today as it probably was over 100 years ago.  Many of our creations we adapted and used the original recipe as inspiration.  Some recipes required more research to work out exactly what the method was to confirm our instincts.  An interesting and educational experience that included many cultural lessons that were a bonus to the recipes included in the book.

Here is what we created in our kitchens in May:

Jam Turnovers by The Kitchen Witch

Honey and Ginger Semolina Porridge by Sharing The Food We Love

Homemade Crumpets by Sharing The Food We Love 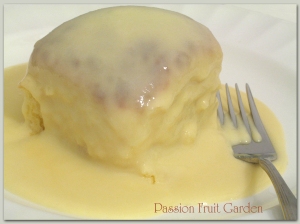 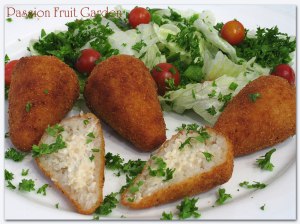 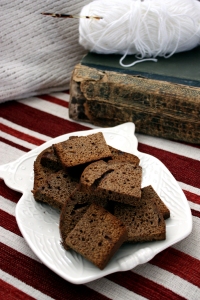 I personally think we more than proved the validity of Mrs Beeton’s cookbook as a reference in the kitchen, although it would be important that the cooks of today have the ability to adapt the recipe to a modern era and understand the meaning of the descriptions rather than attempting to follow it verbatim.  I particularly enjoyed reading about various trips down memory lane, following people’s challenges in creating what our minds were expecting vs. what the recipe was that we were creating.  Mass production has a lot to answer for when you see the difference in recipes and the end product of foods such as crumpets.

I hope you enjoyed exploring this book as much as we did.  I can’t wait to see what we will be baking in June from Elizabeth David’s English Bread and Yeast Cookery.  If you’re keen to join in then check out our page on how you can be a part of The Cookbook Guru.

One thought on “The Cookbook Guru Roundup with Mrs Beeton”