The Cookbook Guru for July: Neil Perry’s The Food I Love 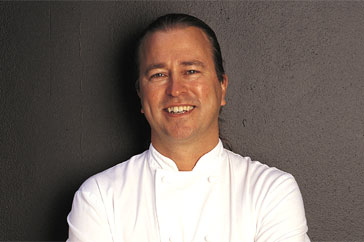 Neil Perry is an icon in the Australian food scene. In an era when chefs worked in kitchens, not in front of TV camera’s he was possibly one of the first I am familiar with to get out of the kitchen and commercialise his brand beyond his famous Sydney restaurant, Rockpool.

He has worked with some iconic chefs as part of his unofficial apprenticeship in the kitchen.  He started his career working with Stephanie Alexander at her, now closed, but famous Stephanie’s in Melbourne and also worked with other food icons such as Gay Bilson, Damien Pignolet, Steve Manfredi and David Thompson. Whilst he worked with this list of Australian Food icons, he actually never officially completed his cooking apprenticeship, but still chooses to use the title of chef.  From apprentice to master, he trained Kylie Kwong who is perhaps equally as famous as her master in food circles for her modern Chinese food that she produces in Sydney at her restaurant Billy Kwongs.

Apart from having a stable of restaurants that include Rockpool, Rockpool Bar and Grill in both Sydney and Melbourne, Spice Temple in Sydney and Rosetta’s in Melbourne he has also been the co-ordinator of catering for first and business class travel for Qantas and works with a charity, Bestest Foundation for Kids.  In 2013 he was honored with an Order of Australia for his work in the community and his service to the food and restaurant industry.

For me Neil Perry was perhaps one of the first names of Australian food that I knew as having a reputation when I was growing up in the 1980’s. With his love of Asian flavours and blending good produce with classic combinations, I know his food to be what I would truly consider modern Australian.   His book, The Food I love, is imbued with his philosophies on cooking, on food and lent the casual air that has me genuinely believing that he does eat the food that he is sharing with us. 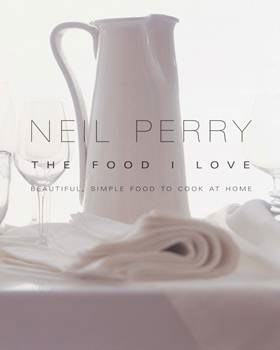 So this month we are going to explore and cook our way through Perry’s The Food I Love. It has a decidedly Mediterranean feel to it, but I hope it will be a wonderful change and something fresh from the flavours that we have been using so far this year.   The book is written to guide a less experienced cook in the methods of basic good cookery instructing on the best ways to poach an egg and the value and importance of fresh good quality ingredients.  There is some good standard recipes that would suit any creative foodie as a launching pad to create your own variations.   I for one might finally step up to the foodie challenge I set myself at the beginning of the year and try making a soufle.

If you don’t own or have access to this book there is a plethora of recipes online from Neil Perry that you can access in this same style.  He is an active publisher of recipes with publications like http://www.goodfood.com.au, http://www.gourmettraveller.com.au and http://www.lifestylefood.com.au amongst others.

If this is your first time being a part of the cookbook guru make sure you check out this post for the run down on how our cookbook book club works.  I look forward to seeing what we create this month in our kitchens.

6 thoughts on “The Cookbook Guru for July: Neil Perry’s The Food I Love”